Internet of Things in Agriculture: What is IoT and how is it implemented in agriculture?

WHAT IS IOT? - THE SIMPLE EXPLANATION

We are witnessing unprecedented levels of adoption of technology in Agriculture. There are many emerging technologies in agriculture that seem very promising for the future of farming. IoT was once an emerging agri technology and now it has taken a mainstream position by wider adoption. IoT in agriculture by the simplest of definitions is just that - Internet controlling things.

Every time you look at your smart watch to count calories or ask Alexa or Siri to calculate the value of pie, you are using what is IoT tech. IoT by simplest of definitions is just that - Internet controlling things. IoT devices are ‘smart’ devices that can transfer data over a network. One of the first network connected devices was a 1982 Coke vending machine at Carnegie Mellon University, which was able to report if the drinks were cold or if there were drinks at all.

What Does IoT Mean?

The term Internet of Things was coined in 1999 by Kevin Ashton, co-founder and executive Director of the Massachusetts Institute of Technology (MIT) Auto-ID Laboratory, while he was giving a presentation at Procter and Gamble (P&G) as their Brand Manager. The presentation that Ashton made for P&G was meant to introduce radio-frequency identification (RFID) tags to manage the supply chain so that the location and stock at hand of each item coming out of it can be more easily monitored.

Riding the RFID wave, LG Electronics then put out a refrigerator known as the Internet Digital DIOS back in the year 2000 which was connected to the Internet. It kept track of the kind of food items that were stored in it as well as their respective quantities by scanning their RFID tags. Though the Internet Digital DIOS refrigerator didn’t sell well because most people thought it was too expensive for their needs, it would eventually pave the way for more house appliances to be managed via internet.

According to Cisco Internet Business Solutions Group (IBSG), though the term was coined in 1999, the Internet of Things was born in between 2008 and 2009 at simply the point in time when more “things or objects” were connected to the Internet than people. Citing the growth of smartphones, tablet PCs, and other smart gadgets, the number of devices connected to the Internet was brought to 12.5 billion in 2010 while the world’s human population increased to 6.8 billion, making the number of connected devices per person more than 1 (1.84 to be exact) for the first time in history.

IoT smart agriculture products are designed to help monitor crop fields using sensors and by automating irrigation systems. As a result, farmers and associated brands can easily monitor the field conditions from anywhere without any hassle.

Take a look at the different uses of IoT in agriculture by means of various IoT solutions:

Are you looking for a centralized data and intelligence platform?

Connect with our Ag-tech expert today to learn more!

Since the industrial revolution in the 1800s, automation got more advanced to efficiently handle sophisticated tasks and increase production. With increasing demands and shortage of labor across the globe, agriculture robots or commonly known as Agribots are starting to gain attention among farmers. Crop production decreased by an estimated 213 crores approx ($3.1 billion) a year due to labor shortages in the USA alone. Recent advancements in sensors and AI technology that lets machines train on their surroundings have made agrobots more notable. We are still in the early stages of an ag-robotics revolution, harnessing the full potential of the Internet of Things in agriculture, with most of the products still in early trial phases and R&D mode.

These smart Agri robots use digital image processing to look through the images of weeds in their database to detect similarities with crops and weed out or spray them directly with their robotic arms. With an increasing number of plants becoming resistant to pesticides they are a boon to the environment and also to farmers who used to spread the pesticides throughout the farm. An estimated 13,000 kilograms (3 billion pounds) of herbicides are applied at a cost of 1,725 crores ($25B) each year, thus reducing their overall cost.

As remote-controlled toy cars are enabled with a controller, tractors and heavy plowing equipment can be run automatically from the comfort of home through GPS. These integrated automatic machines are highly accurate and self-adjust when they detect differences in terrains, simplifying labor-intensive tasks. Their movements as well as work progress can be easily checked on smartphones. With advancements in IoT in Agricultural  and machine learning, these tech-driven motors are enabling Advanced farming using IoT independently with features such as automatic obstacle detection.

Utilizing agribots to pick crops is solving the problem of labor shortages. Working the delicate process of picking fruits and vegetables these innovative machines can operate 24/7. A combination of image processing and robotic arms is used by these machines to determine the fruits to pick hence controlling the quality. Due to high operational costs, crops that have an early focus on agribot harvesting are orchard fruits like apples. Greenhouse harvesting also finds applications with these bots for high-value crops like tomatoes and strawberries. These bots can work in greenhouses to aptly determine the stage of crops and harvest them at the right time.

Robots can perform dreaded manual labor tasks working alongside the labors. They can lift heavy materials and perform tasks like plant spacing with high accuracy, therefore optimizing the space and plant quality and reducing production costs.

Agriculture is one of the major sectors to incorporate drones. Drones equipped with sensors and cameras are used for imaging, mapping, and surveying farms. There are ground-based drones and aerial drones. Ground drones are bots that survey the fields on wheels. Aerial drones, formally known as unmanned aerial vehicles (UAVs) or unmanned aircraft systems (UAS), are flying robots. Drones can be controlled remotely or they can fly automatically through software-controlled flight plans in their embedded systems, working in coordination with sensors and GPS. From the drone data, insights can be drawn regarding crop health, irrigation, spraying, planting, soil and field, plant counting, yield prediction, and much more. Drones can either be scheduled for farm surveys (drone as a service) or can be bought and stored near farms where they can be recharged and maintained. After the surveys, the drones need to be taken to nearby labs to analyze the data that has been collected, thereby helping leverage IoT in agriculture better. 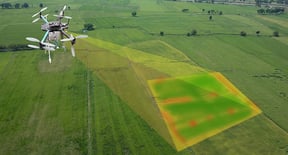 Remote sensing in agriculture is revolutionizing the way data is acquired from different nodes in a farm' IoT-based remote sensing utilizes sensors placed along with the farms like weather stations for gathering data, which is transmitted to analytical tools for analysis. Sensors are devices sensitive to anomalies. Farmers can monitor the crops from the analytical dashboard and take action based on insights. 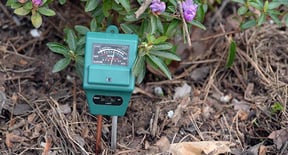 Computer imaging involves the use of sensor cameras installed at different corners of the farm or drones equipped with cameras to produce images that undergo digital image processing. Digital image processing is the basic concept of processing an input image using computer algorithms. Image processing views the images in different spectral intensities such as infrared, compares the images obtained over a period of time, and detects anomalies, thus analyzing limiting factors and helping a better management of farms.

Image processing combined with machine learning uses images from database to compare with images of crops to determine the size, shape, color and growth therefore controlling the quality.

Post harvest, computer imaging can increase accuracy and time-efficiency of sorting and grading agricultural and food products based on their size, texture, color and shape.

IoT device includes every object that can be controlled through the Internet. IoT devices have become commonplace in consumer markets with wearable IoWT (Internet of Wearable Things), such as smartwatches, and home management products, like Google home. It is estimated over 30 billion devices could be connected to the Internet of Things by 2020.

The applications of the Internet of Things in agriculture target conventional farming operations to meet the increasing demands and decrease production losses. IoT in agriculture uses robots, drones, remote sensors, and computer imaging combined with continuously progressing machine learning and analytical tools for monitoring crops, surveying, and mapping the fields, and providing data to farmers for rational farm management plans to save both time and money.

IoT is the abbreviated form of the Internet of Things. IoT is a broad terminology given to every object that can relay information when connected to the network. The term Internet of Things was coined in 1999 by Kevin Ashton, co-founder and Executive Director of the MIT Auto-ID Laboratory while he was giving a presentation at Procter and Gamble (P&G) as their Brand Manager. He wanted to introduce RFID tags to manage the supply chain so that the location and stock at the hand of each item coming out of it can be more easily monitored.

2. What is the role of IoT in agriculture?

Agriculture implements IoT through the use of robots, drones, sensors, and computer imaging integrated with analytical tools for getting insights and monitoring the farms. Placement of physical equipment on farms monitors and records data, which is then used to get valuable insights.

3. What are the key differences between Saas and agriculture IoT? 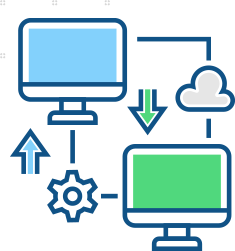 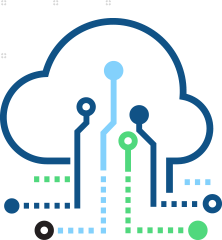 4. What are the infrastructure requirements for adopting a smart agriculture system using IoT?

5. How easy is it to operate agricultural IoT?

IoT in agriculture uses smart farming technologies which integrate sensitive physical hardware with analytical software. An analytical dashboard is mostly software that is processing the data recorded by equipment. Hence, a sound technical knowledge of robotics and computer-based intelligence is a prerequisite for operating, maintaining, and understanding the insights of this valuable equipment.

6. How can I integrate IoT for multiple farm management?

Since IoTs require physical devices, each farm will need to install its own set of sensors and bots which will record the data related to that farm only. So, every farm will have its own separate dashboard for viewing the insights. Integrating and scaling IoT for several farms in a single platform is not possible, unlike SaaS agritech such as Cropin, which lets you integrate and manage multinational operations through a single platform.