On February 1st, Finance Minister Nirmala Sitharaman presented the Union Budget 2022–23. In her opening remarks, she estimated that the Indian economy would advance by 9.2% in the current fiscal year, the highest among all large economies. While being a blueprint for Amrit Kaal, which indicates the 25-year-long lead-up to India’s 100th year of independence, the Budget prioritizes four pillars of development:

The total budget allocated to the Department of Agriculture and Farmers’ Welfare stands at ₹1.24 lakh crores, a considerable 3.1% of the total projected expenditure for 2022-23. 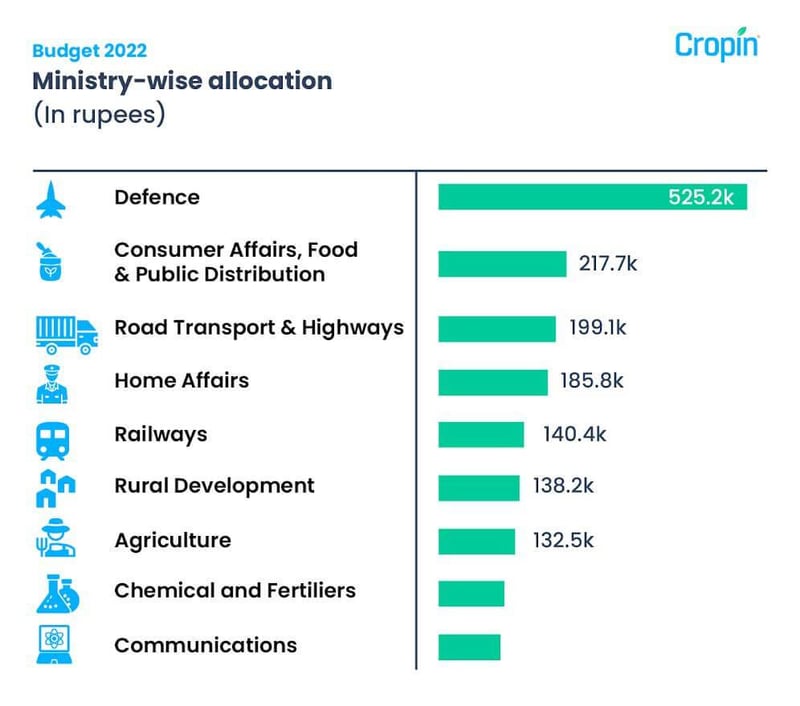 Summarized below are several significant announcements for the agriculture sector as a part of Budget 2022.

Direct payment of MSP to farmers

The Budget has earmarked ₹2.37 lakh crores as direct payments as MSP (minimum support price) to 163 lakh wheat and paddy farmers. Wheat procurement in Rabi 2021-22 and the estimated paddy procurement in Kharif 2021-22 will cover 1208 lakh metric tons of the two crops.

In line with The United Nations (UN) General Assembly declaring 2023 as the International Year of Millets, the Finance Minister has announced support for the post-harvest value addition of millets to enhance domestic consumption, along with support for branding millet products nationally and internationally. Notably, India is one of the largest global producers of millet.

The UN made the announcement in March 2021, recognizing the significance of cultivating this humble crop, especially indigenous varieties, for both nutrition and the livelihoods of families and small-scale farmers. As a viable and resilient crop for climate-adverse environments, the UN underlines the urgent need to increase awareness of its nutritional benefits and advocate for diversified, balanced, and healthy diets through increased sustainable production and consumption.

Boost to domestic production of oilseeds

The Budget assures the implementation of a rationalized and comprehensive scheme to boost the domestic production of oilseeds, intending to reduce the country’s dependence on imports.

Nearly two-thirds of India’s oilseed needs depend on imports. Until recently, the annual import of edible oil averaged 1.5 crore tons compared to domestic production of close to 80 lakh tons. This Budget proposal is in line with the vision for Atma Nirbhar Bharat (self-reliant India), thereby ensuring the edible oil security of the nation.

The Government will promote chemical-free natural farming across the country. As a first step, the focus will be on farmlands in 5-km-wide corridors along the river Ganga. Further, agricultural universities will be encouraged to revise their syllabi to include natural, zero-budget, and organic farming, technology-based modern-day agriculture or precision agriculture, value addition, and management.

The Government intends to launch a scheme in the PPP (public-private partnership) model to deliver digital and hi-tech services to farmers, which will bring together public sector research and extension institutions, private agritech players, and stakeholders in the agri-value chain.

A fund with blended capital will also be raised under the co-investment model, through NABARD. The fund would finance agriculture and rural enterprise startups involved in providing support to farmer-producer organizations (FPOs), machinery for farmers on a rental basis, and technology, including IT-based support, among other activities relevant to the farm-produce value chain.

The Union Government will provide a comprehensive package for farmers to adopt suitable fruit and vegetable varieties that can be processed. The package developed with the participation of the states will also include appropriate crop production and harvesting techniques. The Budget allocation for Food Processing Industries is 126% higher than last year’s revised estimate (₹2,941.99 crores).

Meanwhile, the Government has raised the budget allocation for the Ministry of Fisheries, Animal Husbandry and Dairying by 44% to ₹6,407.31 crores.

Budget 2022 has proposed policy and legislative changes to promote agroforestry and private forestry. It also specifies financial support to farmers belonging to Scheduled Castes and Scheduled Tribes who want to take up agroforestry. Tribal communities hold vast knowledge of traditional agroforestry systems and practices that promote productivity, adaptability, and sustainability, and can contribute immensely to the rural economy, employment, and poverty alleviation at a local level.

Transition to a carbon-neutral economy

One of the actions announced toward attaining a carbon-neutral economy is to co-fire 5-7% biomass pellets in thermal power plants to achieve carbon-dioxide savings of 38 million metric tons annually. In addition, it would help prevent stubble burning and act as an additional source of income for farmers while creating job opportunities for the locals.

To provide a level playing field for both cooperative societies and companies, the Financial Minister proposed to reduce the alternate minimum tax for the former, from 18.5% to 15%. In addition, the surcharge on cooperative societies generating a total income ranging from 1 crore to up to 10 crores will be reduced from 12% to 7% to help enhance the earnings of the societies and their members who are primarily from rural and farming communities.

Increased allocation for Rashtriya Krishi Vikas Yojana and other schemes

Following a long pause, the Budget saw an allocation of ₹10,433 crores under this scheme for 2022-23—nearly triple the budgeted estimate of ₹3,712.44 crores in the current fiscal. Further, the increase is more than five times the revised estimate. The advantage of the scheme is that it gives States more freedom to develop and implement their own agricultural plans, and increased funding will facilitate States to exercise the funds in a way they see fit, based on regional and local priorities

Budget 2022 has also restored the Krishi Unnati Yojana (KUY), first introduced in 2016-17. It comprises a cluster of 10 schemes different from what was first announced and includes some of the older Green Revolution schemes. It currently has a budgetary allocation of ₹7,183 crores, 26% of which is for the development of the horticulture sector and 21% to encourage the domestic production and processing of palm, edible oil, and oilseeds.

The budgeted estimates to PM-KISAN, PMFBY (Pradhan Mantri Fasal Bima Yojana), and crop loan interest subsidy together comprise 83% of the funding to the Department of Agriculture and Farmers Welfare. 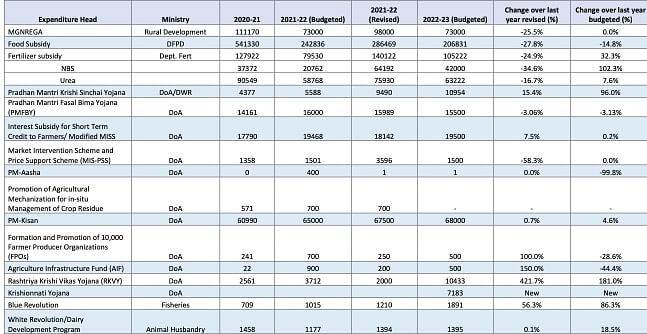 WHAT COULD LEAVE THE AGRI-SECTOR UNHAPPY?

Doubling farmers’ incomes was one of the primary targets for 2022 that the Prime Minister announced in 2016. However, there was no mention of this ambitious plan in the Budget 2022 speech. According to the National Sample Survey (NSS) Situation Assessment of Agricultural Households (SAS) survey published in September 2021, the average monthly income for a farmer has increased by about 59% in five years. More specifically, the income grew from ₹6,426 during 2012-13 to ₹10,218, which is still a long way from the envisioned doubling of farmers’ income. The welcome improvements were, however, offset by difficulties like rising fuel prices and increased electricity costs that escalated production expenses. Further, extreme weather events and the ongoing pandemic have also caused significant losses to farmers and other stakeholders in the Agri value chain.

Besides, while some schemes saw anywhere from marginal to a massive increase in allocation, others saw a slashing of funds. The latter included funding for crop insurance and minimum support price (MSP), the Market Intervention Scheme and Price Support Scheme (MIS-PSS), the Pradhan Mantri-Annadata Aya Sanrakshan Abhiyan (PM-AASHA), and Pradhan Mantri Fasal Bima Yojana (PMFBY), among others.

Though the Budget speech listed support for natural farming and a revision of syllabi of agricultural universities in line with the same, only the Organic Value Chain Development for North-East Region project received any fund allocation (₹197 crores). The Paramparagat Krishi Vikas Yojana, National Project on Organic Farming, and others listed under the Green Revolution scheme do not find any mention.

The National Rural Employment Guarantee Scheme (NREGS), a significant contributor to the household income of an average farmer and small and marginal farmers, saw a 25% cut in its budget allocation. This decrease could adversely affect an economy still wrestling with high unemployment rates and lower labor force participation. 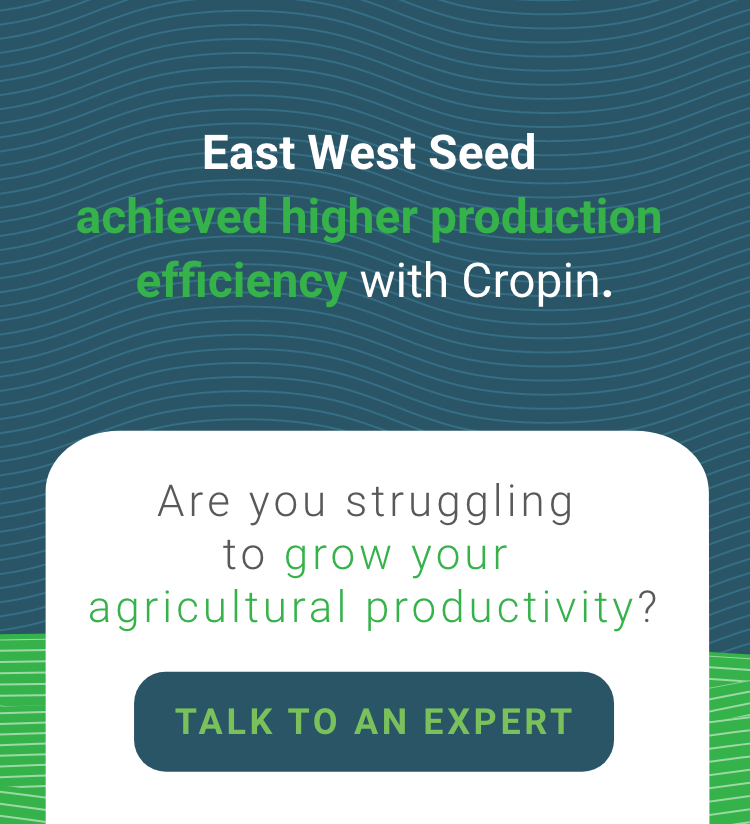