A research by McKinsey & Company reports that the agriculture industry, when fuelled by connectivity, could contribute $500 billion in additional value to the global GDP by 2030 and mitigate much of the burden that now rests on farmers' shoulders. The research also states that if advanced connectivity infrastructure is implemented successfully, the agriculture sector would be one of only seven that will contribute $2–3 trillion in additional value to global GDP over the next decade. For smallholder farmers, this digital transformation could significantly change their farming practices for the better. Studies suggest that tech-enabled and tailored recommendations for agrochemical inputs could yield $10 in profits for every $1 spent while digital technologies also improve their access to agricultural advisories, services, market price information, and other socio-economic opportunities. With the current pandemic disrupting food systems, food security, and livelihoods of millions of people, there has been an accelerating effect on the adoption of digital agriculture across countries. Our thought leader for the day takes us through some of his observations regarding the recent trend in digital adoption, especially in Ethiopia and other regions. Read on to know more.
In Conversation With

Alan Johnson, the Program Lead for Smallholder Supply Chains, at International Finance Corporation (IFC), has been working in the agriculture sector for close to 30 years now, taking up different roles over the years. He began his career with the Agriculture Bank of Papua New Guinea, moving on then to private sector consulting working with the UK Government, and most recently with the IFC in various roles in Africa and Asia. He is currently based in Hanoi, Vietnam. His strong belief in promoting sustainability as well as social justice motivated him to work in this domain. He believes that development of agriculture can make strong, positive contributions to both these areas. He continues to be inspired by both the importance and the urgency of the agriculture challenge. 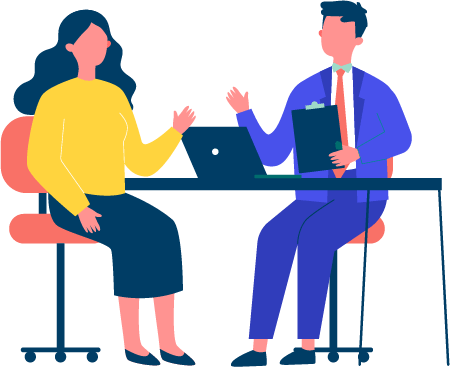 “We need to develop a sustainable food system in the context of the climate emergency. And, as so many of the world’s underprivileged are dependent on agriculture, getting this right could also bring widespread poverty-reducing effects. I think digital technology now offers possibilities for positive change that were not there a few years ago ,” says Alan Johnson.

In what ways has the global pandemic accelerated the adoption of technology in agriculture? What has the impact been like so far?

Alan Johnson: The global pandemic has had an accelerating effect on the adoption of digital agriculture. I noticed that even in difficult environments for technology, like Ethiopia, companies that were planning to implement digital applications over the next few years suddenly jumped to implementation. Even with lockdown, food supply chains still need to function, so digital technology suddenly seems to be a lot more relevant and attractive. While there is still a long way to go, I think digital is now seen as a real option for the present rather than something for the future.

How relevant is digital agriculture today to minimise disruption to everyday activities while also ensuring the safety of an individual amidst the global pandemic?

Alan Johnson: The digital agenda is extremely relevant for the agriculture sector as it remains the least digitised of the productive sectors in the economy. This means that there is a lot of potential for “digital disruption” as we have seen in other sectors. This, of course, does raise issues about digital inclusion, and we must find ways to prevent a widening of the digital divide.

What are some of the optimum approaches to ensure that smallholder farmers have the necessary digital skills needed to reduce the digital divide and to significantly improve their crop production?

Alan Johnson: We need to look at digital literacy in the same way that achieving universal functional literacy is seen as an essential part of development. This is an important issue for both the public and private sectors. Even beyond digital literacy, there are lots of barriers to the adoption of new technology more generally. It becomes more of a behaviour change challenge. Seen from the perspective of smallholder farmers, there are many concerns with new technology around upfront costs, inherent risks, and the magnitude and probability of the expected increase in productivity, the complexity of the new technology and, of course, financial returns. But it is not just a matter of incentives. Behaviour change is a complex process. Other factors come into play as well, such as the capability and motivation of the smallholders to use the technology, the opportunity or ease of access the farmers have to the technology, and the availability of support services. Peer acceptance and adoption are also important factors. We have been working on an Ag Tech “Deep Dive” at IFC, and among the respondents we engaged with, a low rate of technology adoption among smallholder farmers was identified as one of the biggest concerns for the future of the sector.

Your work for a period of four years involved working in the malt barley sector, especially in Ethiopia where the project you were a part of convinced smallholder farmers to adopt modern commercial farming techniques. You had mentioned that this project created food security in the region and it also served as a supply chain development project. Was there any resistance from the farmers initially to adopt modern techniques and to transition to digital agriculture, and how did you overcome it?

Alan Johnson: We had some successes in the malt barley sector in Ethiopia, but this was over a long (five year) period. We found that “seeing is believing” and peer-to-peer information sharing were amongst the most powerful forces that drove change and technology adoption.

The use of modern farming equipment to minimise human labour is not entirely feasible on small and disintegrated landholdings. What are some of the alternatives that will enable farmers to achieve higher productivity with minimum labour?

Alan Johnson: Smallholder farming presents specific challenges to the adoption of new technology. By definition, the farm sizes are small, and ‘edge effects’ can limit the usefulness of some applications, such as satellite imagery, although that is always improving. I think a key question to ask is whether a new technology is genuinely ‘scale neutral’. Often, they are not. One solution that came from the same project in Ethiopia was to facilitate the ‘clustering’ of contiguous smallholder farmer plots. Then, the benefits of, say, mechanised ploughing or harvesting can be used perhaps through an asset-sharing platform.

How can agri-stakeholders support smallholder farmers in developing their business management skills to look at farming as a business rather than just subsistence agriculture?

Alan Johnson: We have also been strong proponents of building business professionalism amongst smallholder farmers and their organisations. There is an important transition for smallholders from semi-subsistence production to seeing farming as a business. We have developed our ‘Agribusiness Leadership Program’ to support this process and empower farmers to make better business decisions. And, of course, we are developing a digital version of the tool, as well.